Lancaster County  sometimes nicknamed the Garden Spot of America or Pennsylvania Dutch Country, is a county located in the south central part of the Commonwealth of Pennsylvania. As of the 2010 census, the population was 519,445.

The County of Lancaster is a popular tourist destination, with its Amish community a major attraction. The "Dutch" of Pennsylvania Dutch is the English form of Düütsch, the Low German cognate of Standard German Deutsch and Pennsylvania Dutch Deitsch.  The ancestors of the Amish began to immigrate to colonial Pennsylvania in the early 18th century to take advantage of the religious freedom offered by William Penn. They were also attracted by the area's rich soil and mild climate.  Also attracted to promises of religious freedom, French Huguenots fleeing religious persecution settled this area in 1710.  There were also significant numbers of English, Welsh and Ulster Scots (also known as the Scotch-Irish in the colonies).

Lancaster County Anabaptist community founded in c. 1760, has the world's largest Amish settlement, with 37,000 people in 220 church districts in 2017, or about 7% of the county's population.  The Lancaster Amish affiliation is relatively liberal concerning the use of technologies compared to other Amish affiliation.

With some of the most fertile non-irrigated soil in the U.S., Lancaster County has a strong farming industry.  Lancaster County's 5293 farms, generating $800 million in food, feed and fiber, are responsible for nearly a fifth of the state's agricultural output.  Chester County, with its high-value mushroom farms, is second, with $375 million.

Livestock-raising is responsible for $710 million of that $800 million, with dairy accounting for $266 million, poultry and eggs accounting for $258 million. Cattle and swine each accounts for about $90 million.

Tourism is a significant industry in Lancaster County, employing approximately 20,000. In the 1860s, articles in the Atlantic Monthly and Lippincott's Magazine published right after the Civil War, introduced Lancaster County to many readers. However, tourism in Lancaster was nearly non-existent prior to 1955. A New York Times travel article in 1952 brought 25,000 visitors, but the 1955 Broadway musical Plain and Fancy helped to fan the flames of Amish tourism in the mid 1950s. Shortly thereafter, Adolph Neuber (then-owner of the Willows Restaurant) opened the first tourist attraction in Lancaster County showcasing the Amish culture. Lancaster County tourism tapered off, after the 1974 gas rationing and the Three Mile Island incident led to five years of stagnation.

Local tourism officials viewed it as deus ex machina when Hollywood stepped in to rescue their industry. Harrison Ford, in the 1985 movie Witness, portrayed a Philadelphia detective who journeys to the Amish community in order to protect an Amish boy who has witnessed a murder in Philadelphia. The detective is attracted to the boy's widowed mother; the movie is less a thriller than a romance about the difficulties faced by an outsider in love with a widow from The Community.  The film was nominated for eight Oscars, and won two. However, the real winner was Lancaster County tourism. 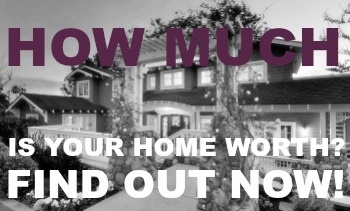 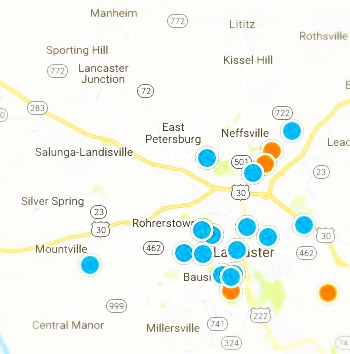